Happy to announce that Lakbayl, the latest single from Daraa Tribes, has been presented, broadcasted and put in rotation on Antenne Saar SR 1 Europawelle | Germany. 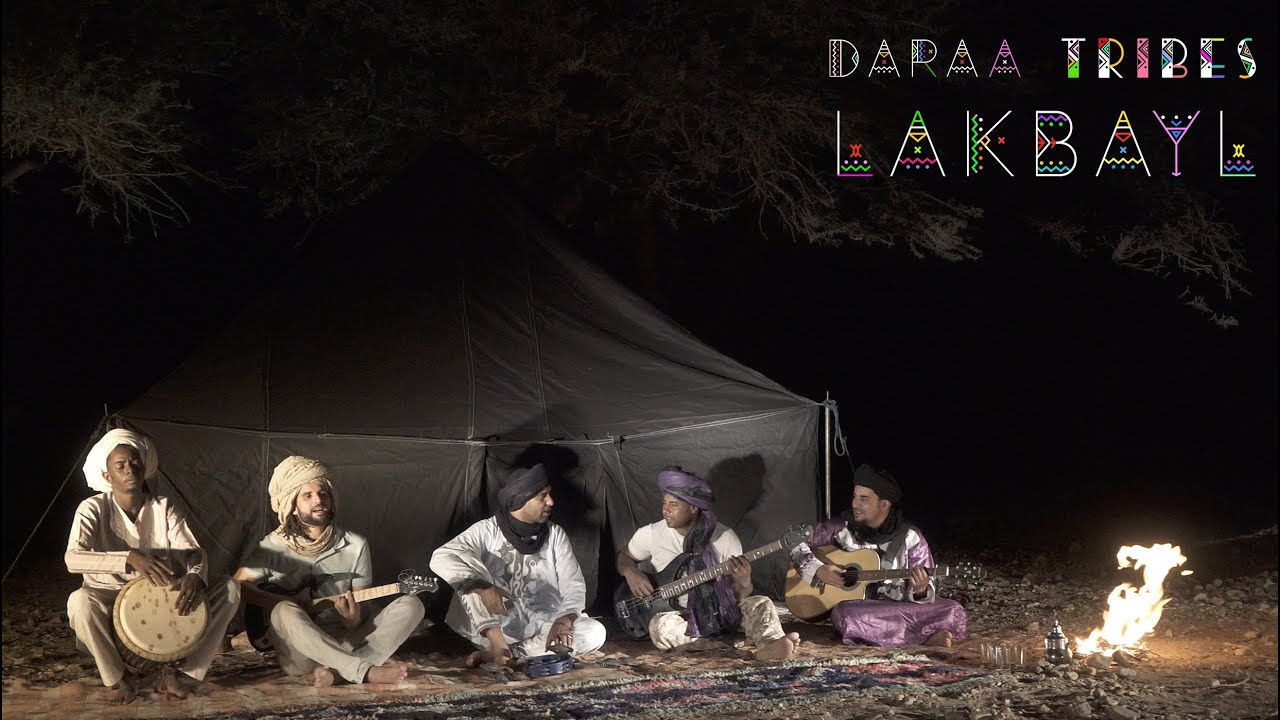 Here the review of all the radio stations that broadcasted Daraa Tribes’ music starting by the release date of Lakbayl on the 1st October 2021. Thanks to all of them and to all the media operators that believed in them, appreciated their music and spread the word on their frequencies. 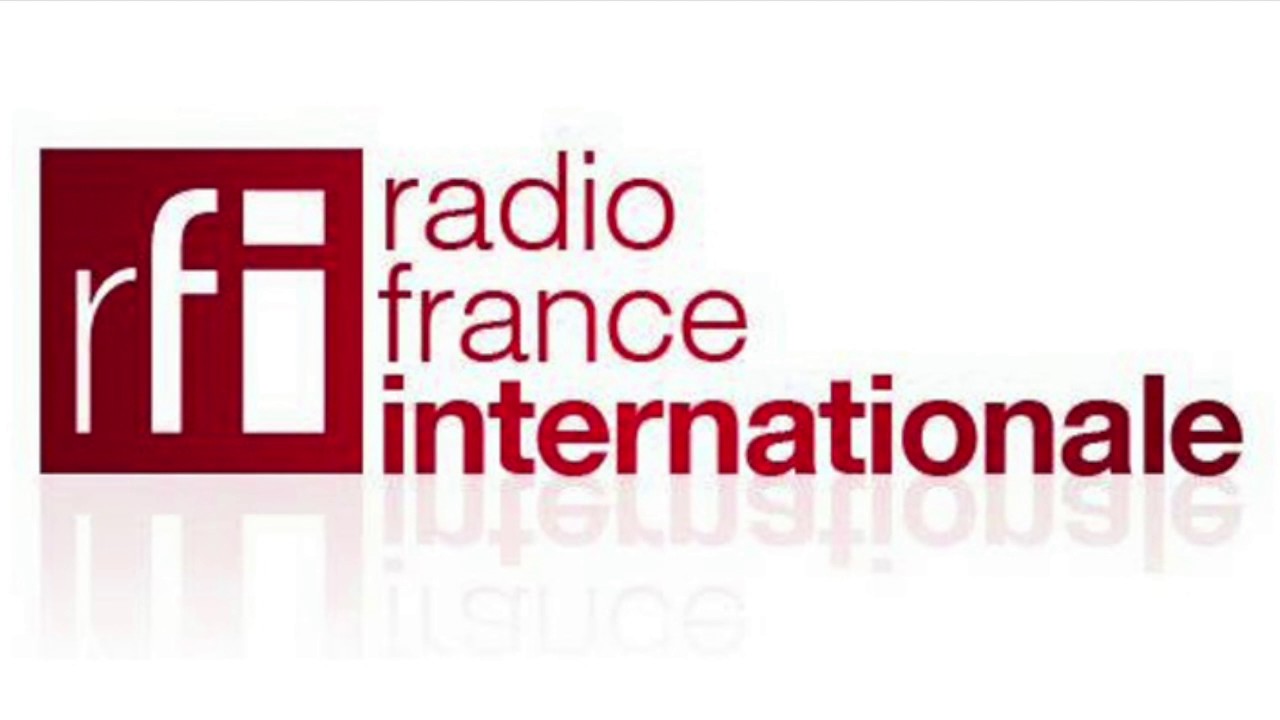 Happy to announce that Lakbayl, the latest single from Daraa Tribes, has been presented, broadcasted and put in rotation on Radio France Internationale 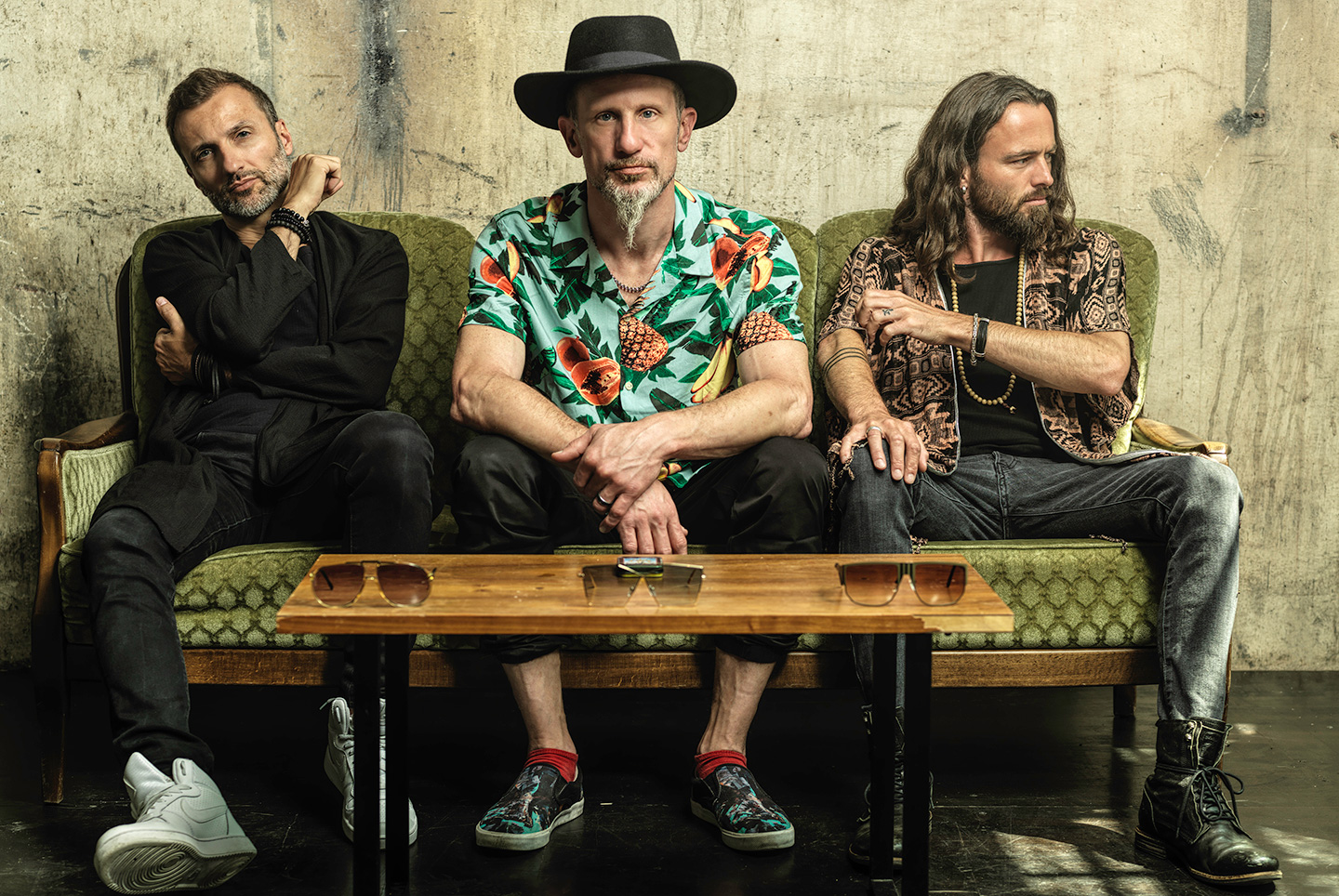 Swiss based trio hitting your brains, hearts and limbs. The Next Movement: Character, authenticity and urgency – but above all: Groove.

Explosive Groove-pop with enough funky soul might be the most accurate description of their fairly unswiss sound creation. Comparisons to Anderson. Paak and references to Prince show up on a regular. Call it what you want; their music is very meaningful and grooves hard.

Swiss-based Groove Trio “The Next Movement” announce what they call “The Glorios Return of The Funk” in 2020 – dilldoard, Funk Update

A first listen might suggest: this is a new production emerging from the legendary funk scene of Minneapolis. Wrong by far! Three Swiss musicians are boosting Funk to new heights on the new album THE NEXT MOVEMENT (LEOPARD Records). J.J. Flueck, Pascal «P» Kaeser and Sam
Siegenthaler form the explosive helvetic Trio, with their music unmistakably fusing the influences of R&B, funk and blues from James Brown, Prince, Jimi Hendrix to Miles Davis on this album. And they do it in skillful and sonic perfection.
All three musicians have known each other for decades and have played together in various scenarios, often as sidemen. Up to the day where they decided to bring their own song material to life with THE NEXT MOVE-MENT. Founding the band was the logical next step in
their music careers. And since all three are fans of funk, R&B, blues and jazz, the direction they would take musically, was very clear.
THE NEXT MOVEMENT is a highly danceable, endlessly grooving album that captivates you from the first listen and makes you want to move your body.

Born in Olten and raised in Solothurn and the USA, drummer, singer and bandleader J.J. Flueck has been one of the most active players and pus-hers in the Swiss music scene for years. After completing his jazz studies at the Musikhochschule Basel and various further training courses in the USA, he has left his unique groove mark on countless projects and bands on the drumset and as musical director. Besides his own bands «The Next Movement», «JJ’s Hausband» or as musical director for the top-class «James Brown Tribute Show», he played and produced for many years with the exceptional rapper Greis or with Nicole Bernegger as well as for the intercontinental project «Rogue State Alliance» (Pro Helvetia South Africa and Switzerland) and many more.
J.J. Flueck was awarded the Förderpreis der Regiobank Solothurn (2005) and the Prize for Music of the Canton of Solothurn (2014).

Pascal «P» Kaeser Pascal Kaeser, or often called «P» {π} for short among musicians, knows no compromises when it comes to groove. Already during his electric bass studies at the renowned Berklee College of Music in Boston (USA), he con-centrated on Afro-American music styles: soul, funk, R&B and jazz shaped his 4 years in America, where he studied with Anthony Vitti, David Buda, Whit
Brown and Fernando Huergo. In New England and New York he soon shares the stage with Antonio Sanchez (Pat Metheny), Tony Escapa (Ricky Martin) and Keith Harris (Black Eyed Peas).
After the occasional struggles to pronounce his name correctly, his fellow musicians soon decide to call him “PK” and eventually just “P” for short. After graduation in 2000, “P” returns and shortly thereafter establishes himself in the Swiss music scene. The next few years are marked by intensive concert activity and a very wide range of different projects. This leads to collaborations with the rapper Greis, the soul singer Nicole Bernegger, the jazz pianist Claude Diallo and the composition commission for the Circus Monti programme in 2013. Together with the production company cucoclip, Pascal works on va-rious short films and nationally and internationally broadcast commercials. As part of the musician pool Take This, “P” is on stage with Adrian Stern, Polo Hofer, William White, Lo & Leduc, Nemo, Marc Sway, Brandy Butler, Max Mutzke, Steffe la Cheffe and other artists.

Samuel Siegenthaler, (*1980) professional musician, born and raised in Burgdorf (BE), is a guitarist with heart and soul.
His first influences were his parents’ varied record collection and his father’s guitar playing.
The initial spark came at the age of 12 with the first much longed-for instrument of his own.
Five years of training in classical guitar lead to the world of electric guitars. From then on, selfstudy and lessons with Marco Figini and Zlatko «Slädu» Perica, training at the Lucerne Jazz School.
Since 2003 intensive concert activity, mainly with the groove conglomerate J.J. Flueck and Pascal «P» Kaeser. Performances at home and abroad with renowned artists from the most diverse areas of pop, blues, rock, reggae, funk, hip-hop and soul. He is a permanent member
of J.J.’s house band, The James Brown Tribute Show, Soulvision Allstars, Soul Train, Prince Tribute.
He is also a sought-after sideman for Eliana Burki, William White, Greis, Steff la Cheffe, Msoké, Tommy Vercetti, Manillio, Nicole Bernegger, Mario Capitanio, Luca Hänni.
Concerts throughout Europe, USA, Canada, South America, Asia, North Africa and the Middle East.
2005 Awarded the Culture Promotion Prize of the Burgdorf Burgergemeinde.

Happy to announce that Lakbayl, the latest single from Daraa Tribes, has been presented, broadcasted and put in rotation on Radio Phoenix, Kennington, Australia.

Lakbayl review on Tome to the Weather Machine

Happy to announce that Lakbayl, the latest single from Daraa Tribes, has been presented, broadcasted and put in rotation on Radio Z, Nurnberg, Germany. 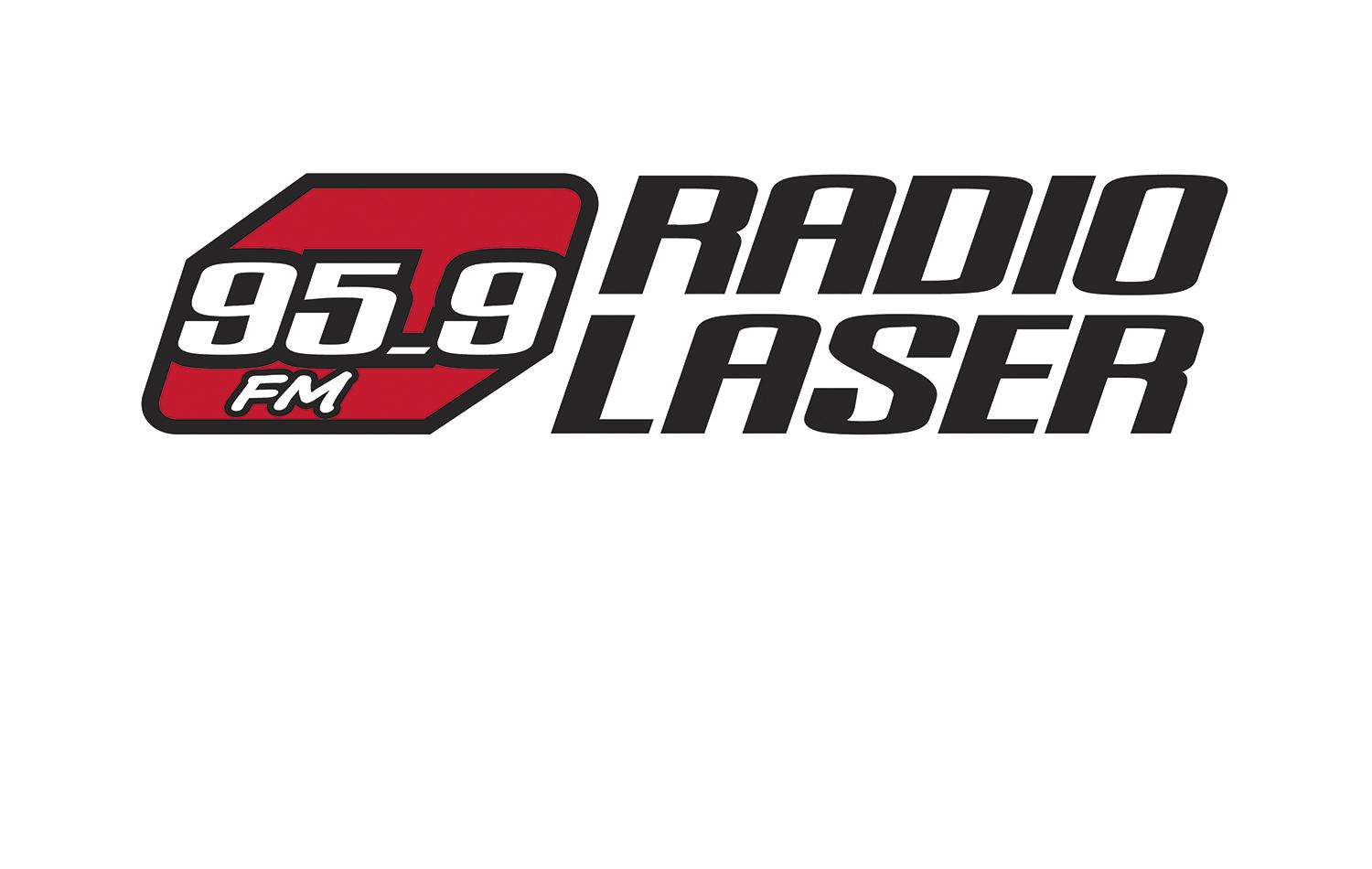 Happy to announce that Lakbayl, the latest single from Daraa Tribes, has been presented, broadcasted and put in rotation on Radio Laser, Rennes, France.

Happy to announce that Lakbayl, the latest single from Daraa Tribes, has been presented, broadcasted and put in rotation on Radio Lohro, Rostok, Germany. 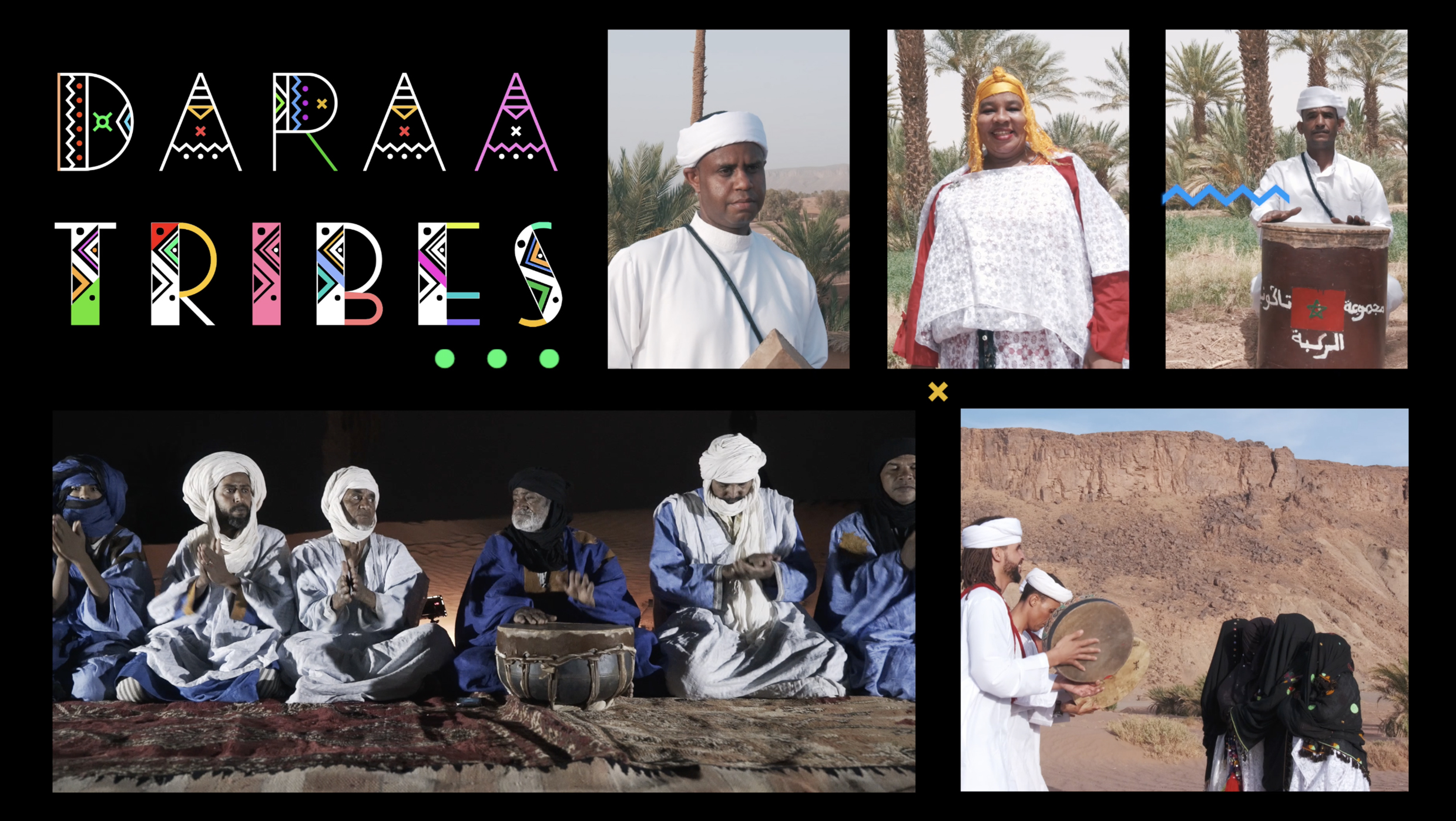 LAKBAYL | Spotify playlists including the single