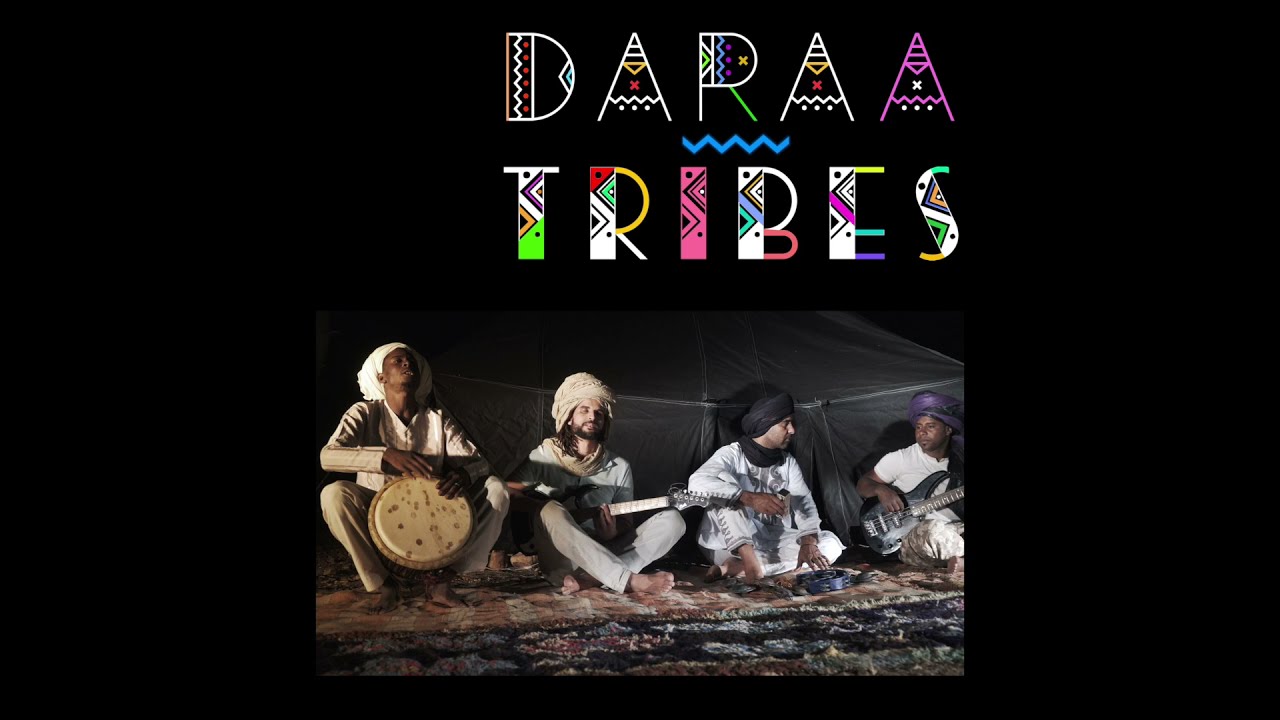 Lakbayl, meaning “The Tribes”, reflects a continuation of Daraa Tribes’ efforts to shine a spotlight on the heritages from which each band member originates:

Aarib: They are from Southeastern Morocco, originating from the Arab world centuries ago. Among their music traditions, Chamra is highlighted in the video clip. They are historically nomadic, and the Chamra music tradition is practiced at sunset and at night, as a band of nomads would find a spot to sleep and settle in for the night.

Ragaga: They probably migrated westward across the Sahara more than a millenia ago, settling in the lush oasis of Ktawa. Before colonization, their village was the center of commercial and public life in the region for centuries. Among their music styles, Akalal and Skal are those featured in the video clip.

Amazigh: They are indigenous to Saharan North Africa and are believed to have been living in the region for thousands of years. Historically nomadic people who settle near mountainous areas across the desert, their traditional Ahidous style of music often recalls their own relationship with nature.

Kaaba: They belong to the larger Daraoua people, who are mixed ethnicities which migrated to the Daraa Valley region from other parts of the Sahara and other corners of Africa over the centuries. Their musical style Rokba means ‘Knee’, and reflects the movement of a horse during warfare centuries ago. Kaaba and Daraoua people are in large part responsible for having maintained the lush oases spread throughout the Daraa River Valley.

Gnawa: Historically they were brought into Morocco as slaves from Mali and even further eastward across the Sahara from Sudan. One of their music styles, Ganga, is a direct reflection of the condition of slavery. The metal hand-held percussion instruments Karakash reflect binding chains in both imagery and sound. Their lyrics are spiritual and have been sung for centuries during the time of slavery. Their cultural heritage is a testament to the will of the Gnawa people to overcome suffering and become a dominant cultural force across Morocco.

Lakbayl represents this diversity and the general attitude of peace, tolerance and social cohesion, so integral to life in the Southern Daraa Valley of Morocco.
Tribes may have different languages, histories, clothes and customs but all are respected and celebrated as vibrant aspects of local society. This is Daraa Tribes message to the world: to acknowledge, respect, and celebrate cultural and ethnic diversity.