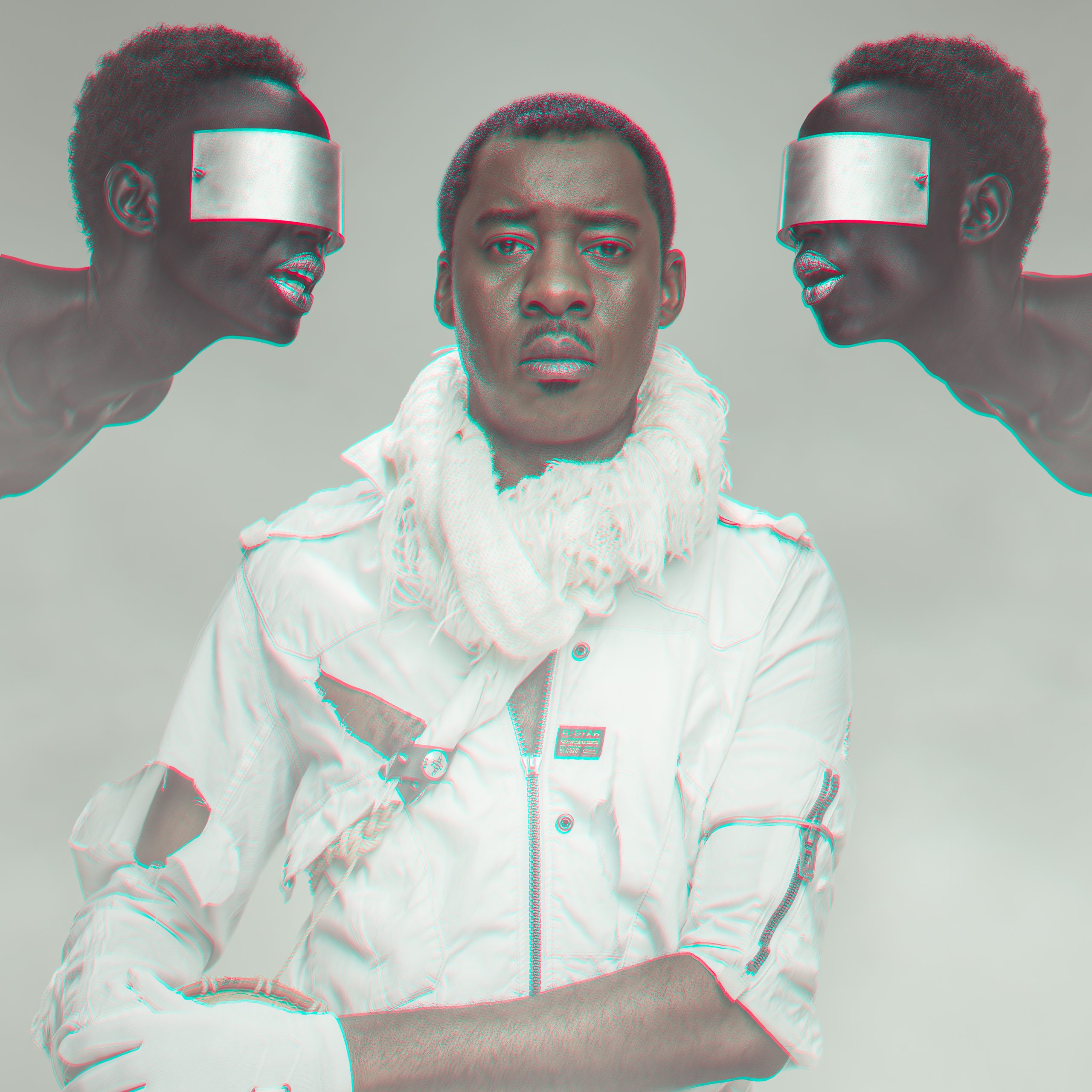 FRANCK BIYONG
AFRICA’S 21ST CENTURY ROCK GUITAR HERO
Growing up in Gabon, Nigeria and Ivory Coast before settling in the UK at age 14, Franck Biyong lived in households filled with good music. Little wonder why the towering Cameroonian artist is a composer, guitar player, singer, band leader and producer. This master of musical interpretation recalls American Jazz guitarist, Wes Montgomery’s “Canadian Sunset” as the song that set him down his musical path as a pre-teen.

Fanck Biyong went on to cultivate a personal and passionate relationship with music, recognizing it as “spiritual food for the soul”. Receiving musical instruction and training at the National Institute of Arts in Abidjan (Ivory Coast), he scorched a brilliant path with his electric guitar and became a reporter of human emotions and feelings. Franck translated these experiences into several Afro Beat and Afro Jazz albums that made people move, laugh, dance, cry and meditate.

But Franck Biyong, a consummate performer and creator, has reinvented himself.

In 2016, he shared his vision for Alternative Afro-Electro-Rock and Crossover Music with the recording of the LIYOMBA CHURCH single. This exciting single mined the link between rock and electro with dazzlingly good results. Clever use of Swahili lyrics made it immediately familiar with fans in East Africa and the rest of the continent for whom this Bantu language resonates with many of their own.

This is in line with the Pan-African ideals underpinning Franck’s new sound. And, one of two logical evolutions of African Music; the other being creating musical forms that would appeal to diverse audiences regardless of their age and knowledge about new types of African music: “We have to adapt to change, not to dissolve totally our identity and unique approach to music, but to bridge the gap between where we were and where we should go”.

And, Franck is leading the pack…

Having been a musician for decades and with diverse influences and references (from Francis Bebey to Frank Zappa), Fanck Biyong serves as a
“filter” through which two different streams are passing. The first stream is represented by music of the past generation that he hopes to pass on to the next; stretched out, revamped and modernized. While the second is the modern urban sounds that he plans to incorporate, develop and confront working with musical forms that do not belong together in the first place.

Another aspect of Franck’s futuristic idea of African Music is defined by artistic independence and total freedom of expression. This is a marked departure from the current strong push towards commercialization of image in place of music.

Perhaps his new rock oriented project will herald crossover exposure and breakthrough on the international scene…and it may also finally alter the perception of African Music and its musicians at large.

MAX THE SAX – who rose to fame as the former sax player of the Parov Stelar Band – is taking the club scene by storm with his new and fresh solo project: a funky saxophone, drums and the extra portion of electronic beats.
December 18th 1985, Markus Ecklmayr was born to take the stage and face the crowds all around the world by blowing generously in his golden saxophone. He started to practice at the age of 11 years and studied at the Anton Bruckner University in Linz.

MAX THE SAX presents himself now afresh with his very best own material. He is a person full of power, energy and love for what he does. And this infects the crowds and his thousands of fans and followers around the world. He sets himself apart with his unique saxophone improvisations and explosive shows, which transport his authenticity and genuine passion across well beyond the stage.

Max The Sax was born as a child of a family of musicians; his father is a tubist and electric bassist, his older brother drummer, who studied music in Vienna, In the family music has been played almost every day, stylistically between big band – and Funk a la Tower of Power, At 17, he became a member of the band “Soulpower”.

While studying at the Anton Bruckner Private University in Linz, Harry Sokal and Florian Bramböck, who plays for many years in the Vienna Art Orchestra, provided him with the necessary tools. His role models ranged from Ray Charles and James Brown to Bruno Mars, dr. Dre and Mr. Scruff; saxophonists like Cannonball Adderley, John Coltrane, Charlie Parker, Hank Mobley, Maceo Parker and Michael Brecker influenced him, Through the encounter with drummer Hans Jürgen Bart Ecklmayr came to the funk formation “Düsenfried and the Stuffgivers”. At this time Ecklmayr also took on the stage name “Max The Sax”. 40 tracks and three albums were created, in 2017 the band split up. In parallel, Max The Sax 2005 began his collaboration with Parov Stelar, Together, the project toured throughout Europe, Asia, America and at well-known festivals such as the Glastonbury Festival, the Montreux Jazz Festival, the Sziget Festival, the Danube Island Festival Vienna, the Chiemsee Summer, the Gurtenfestival, the Hurricane Festival, theSouthside Festival or the Batumi Festival. For ten years, Max The Sax was a saxophonist, frontman and co-composer of some of Parov Stelar’s tracks shaping the project.

In the summer of 2016, Max The Sax played as support for Maroon 5 in Georgia, 2017 at festivals with Bad Religion or Cro in Austria and Germany, In early October 2017, he opened the musical season of the basketball league in Munich’s Audi Dome for FC Bayern Munich. 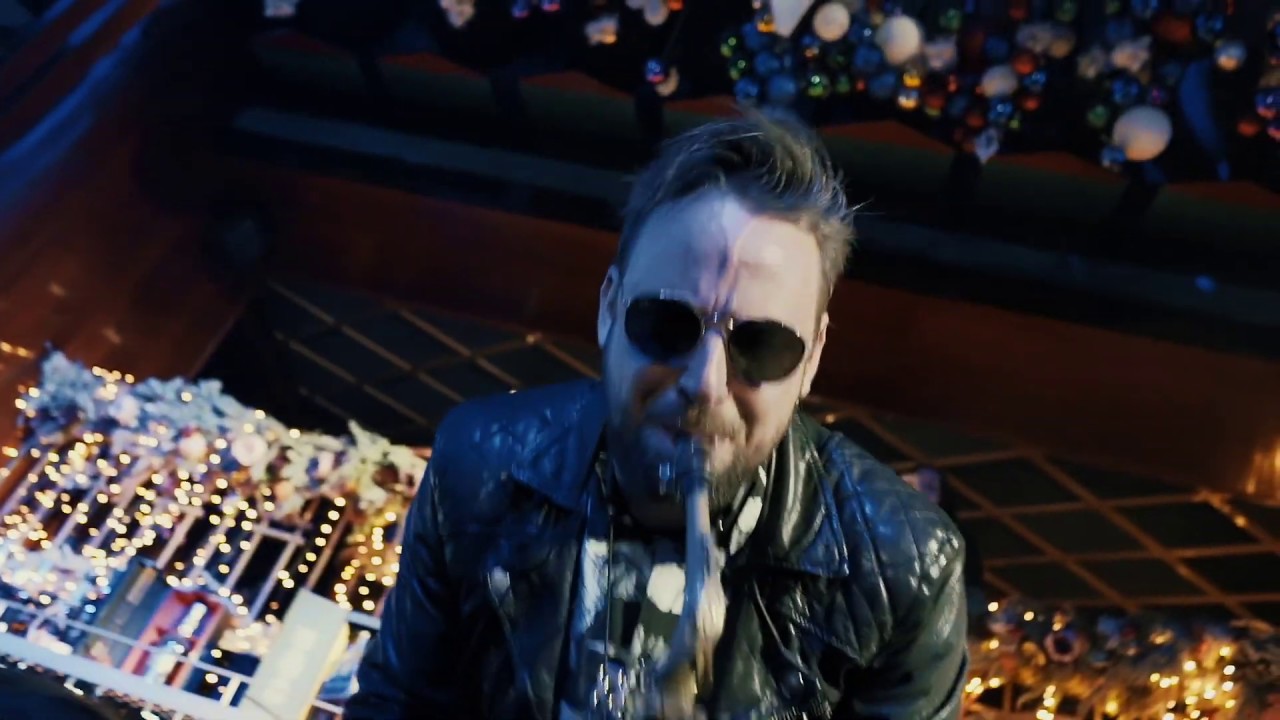 TO ALL MY FRIENDS and FANS!
℗ Splendida Records 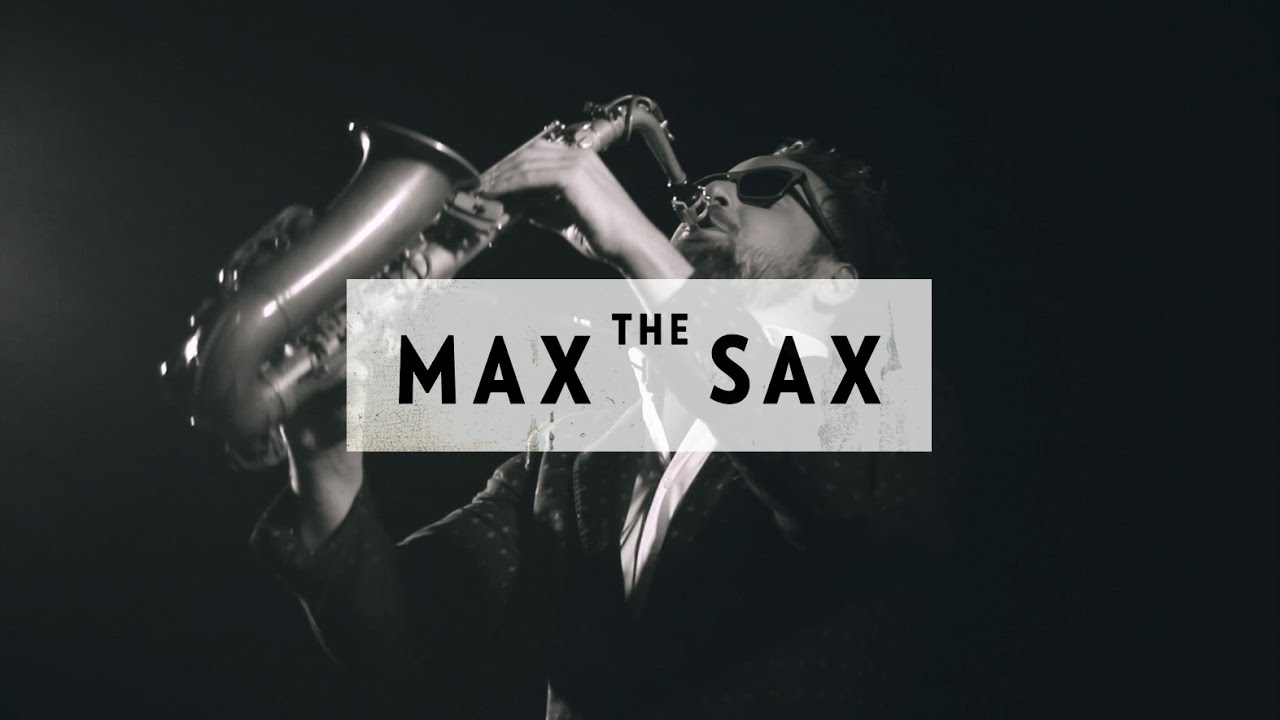 MAX THE SAX formally known as PAROV STELAR´S SAXOPHONE PLAYER, with his new Song “OVERCOME” – Taken from his Debut Album which is coming out soon! 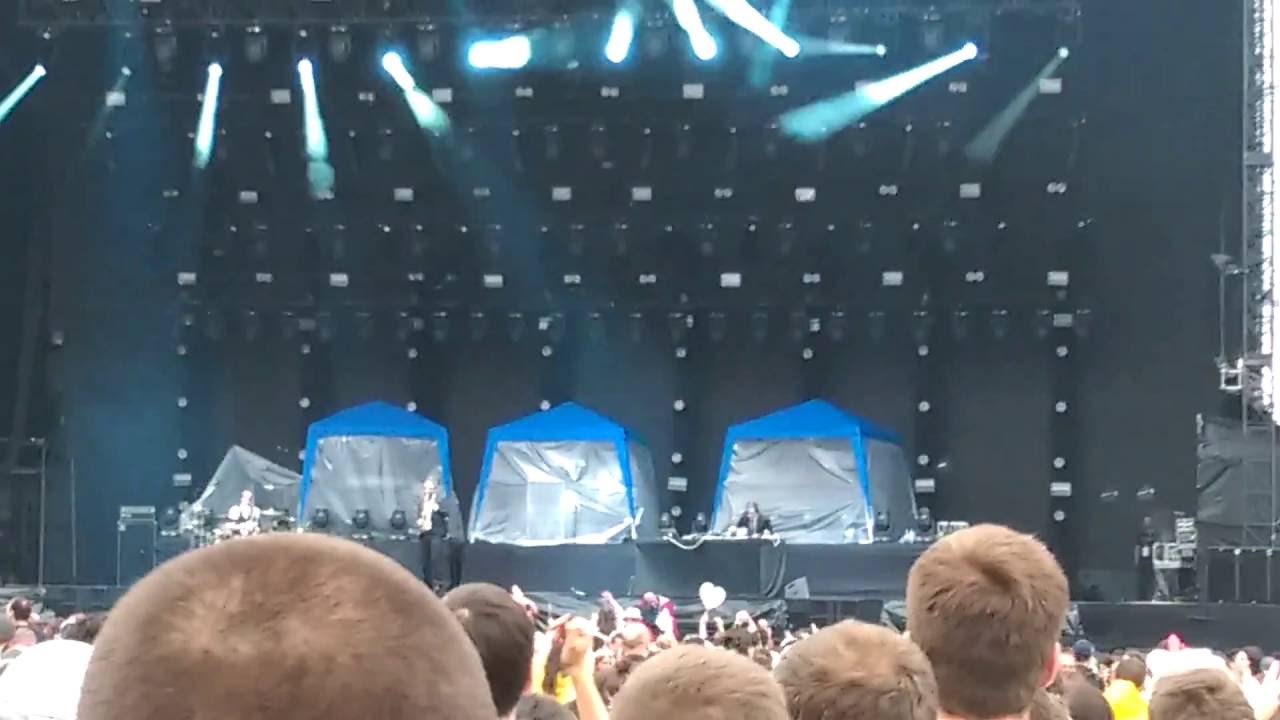 Max the Sax (saxophone extraordinaire) and PETER CRUSEDER (electronics and keyboard) are joined on stage by drummer Florian Kasper.

These showmen were born to perform. Music is their language, and they communicate it in a way very few others before them have been able to. Full of energy and undying enthusiasm, the trio have already built up a reputation as a mind-blowing live act as they send their fans into a dancing frenzy with their mix of club beats, soul sounds and infectiously good vibes. 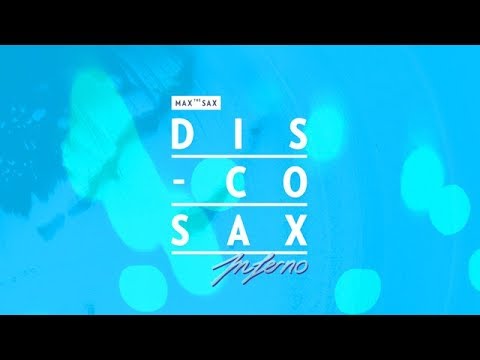 Are you ready for a ‘Disco Sax Inferno’?!?

“This song is all about positive vibes for me,” said Max about his latest track. “I wanted to experiment with a lot of different sounds and influences, from disco beats with groovy basslines to ‘80s enthused synths and tenor sax hooks and just see where the journey would take me, in the end, it took me to a Disco Sax Inferno!”
Written and composed by Max The Sax and coproduced by Tai Jason, the track sees the artist move away from the more intimate, inward-looking tones of his previous work, inviting you instead to lose all inhibitions and party like there’s no tomorrow on dancefloors around the world!
Allow MAX THE SAX to officially announce the outdoor party season with the deliciously danceable disco sax sounds of ‘Disco Sax Inferno’, out on Friday, April 26th on MAX THE SAX RECORDS- because spring just wouldn’t be the same without a bit of sax!
//
DOWNLOAD AND STREAM
https://www.feiyr.com/x/DiscoSaxInferno
//
COVER AND VIDEO DESIGN BY Michaela Wiesinger / MW DESIGN
Produced by MAX THE SAX
CO Produced by TAI JASON
Masterd by RS Mastering Roland Schwarz 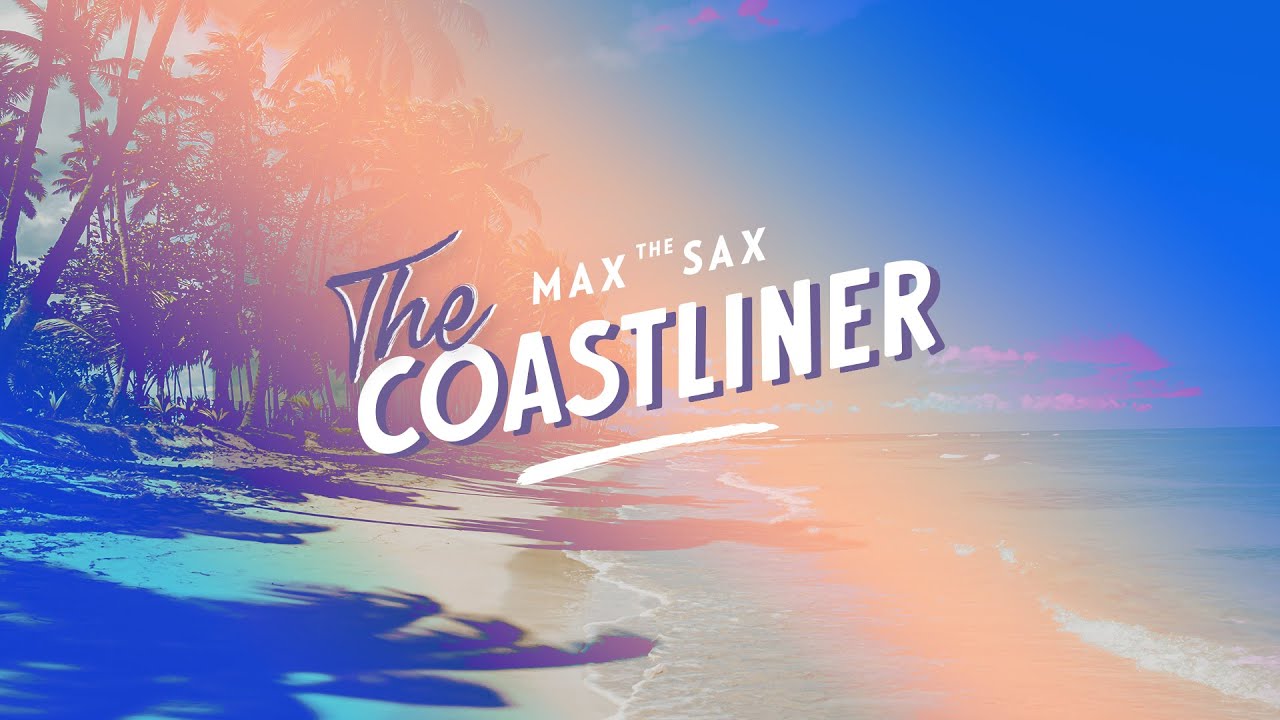 Get in the convertible and hit the open road as MAX THE SAX takes you on a summer adventure like no other with his new single ‘The Coastliner’.

The track is all about chasing the summer dream, saying yes to every opportunity and living life like it’s supposed to be lived, full of love, happiness and a lot of SAX!
“I wanted to create a song that really evoked the spirit of adventure,” said Max about his motivations behind the track. “For me, it’s about waking up with the sound of the ocean in the background and traveling to the next party, festival or whatever with the people you truly love.”

This track has all the hallmarks of a hit in the making is Max the Sax & Peter Cruseder´s previous collaboration is anything to go by. Their debut single ‘New Day’ recently broke the 1 million streams mark on Spotify!

‘The Coastliner’ is out on Friday, August 9th on MAX THE SAX RECORDS

SPECIAL THANKS TO AINA ♥ 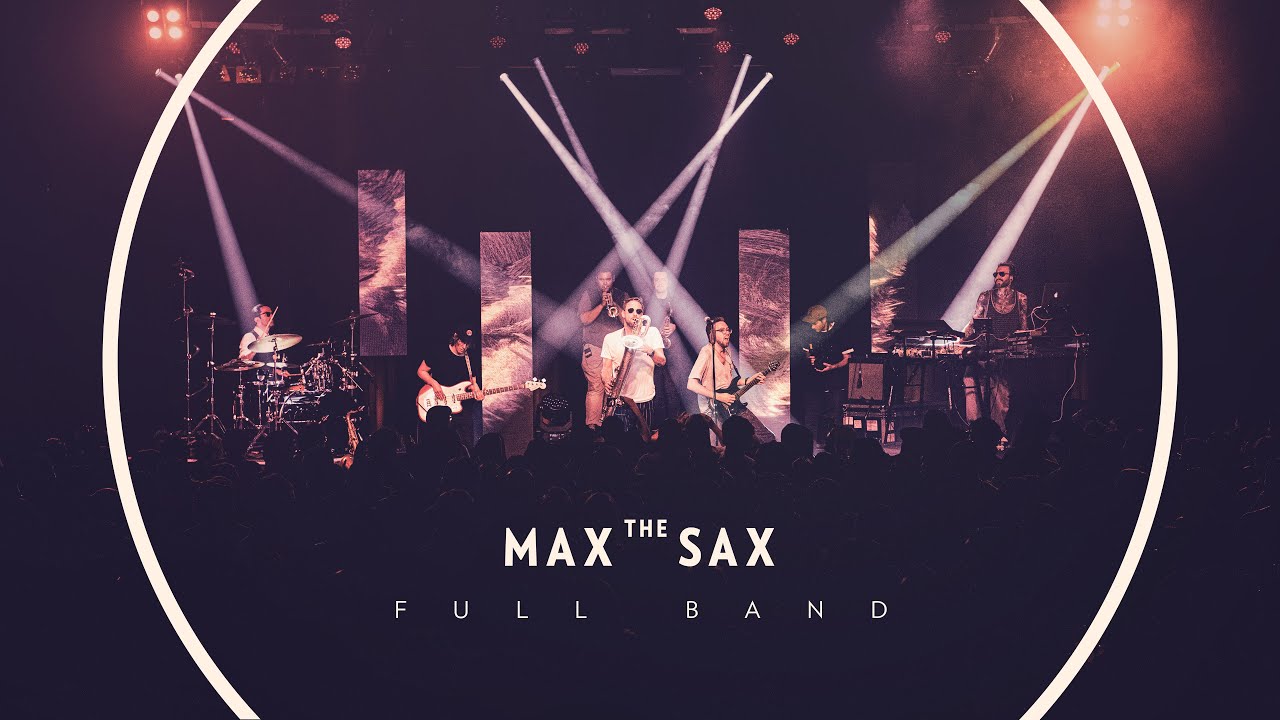 Can you feel it?
The rhythm flowing through your body, the beat coursing through your veins? That’s the magic of ‘Morning Light’!
Free your soul and let MAX THE SAX take you into musical heaven with his stunning new single ‘Morning Light’, out on Friday, October 25th on MAX THE SAX RECORDS. The new track is everything we’ve come to expect from Max the Sax, and more, because this is the very first time that a song has featured his live band, and is comprised completely of live instruments.
Full of energy and vibrant beats, this saxy little number will shake out the stiffness and show you exactly what your body can do if you let the music guide you!
The single is also accompanied by the release of a brand-new video from Max the Sax, which documents his debut live appearance with his full band earlier this year and the euphoric reception of this song was greeted with at the very end of the show.
“This really is a dream come true”, said Max about being able to record and perform with his live band. “I always wanted to have my own band, and it really is the next step in where I want to go as an artist. Working with talented musicians full of energy, enthusiasm and passion will continue to help me take my music to the next level, both in the studio and out there on stage.”
With its infectiously positive feeling and energy, this track is another signal of the bright future that lies ahead for Max the Sax and his new live band. It’s time to step into the ‘Morning Light’!

‘Morning Light is out on MAX THE SAX RECORDS